The board is comprised of ten members appointed by the Governor. The term of office of each member is six years.

The membership of the board consists of:

The Advisory Board is required by Statute to convene at least once every three months. A notice of each meeting date and the meeting agenda is posted at the Department's Phoenix office at least one week before each meeting. Members receive no compensation.

At this time, all meetings are scheduled to be held in the Department's Phoenix office located at 100 North 15th Avenue Suite 201, Phoenix, AZ 85007, unless noticed otherwise. An official notice of each meeting will be posted on the homepage of the ADRE website no less than 24 hours before each meeting and on the public notices board in front of the building.

Advisory Board Members are available to act as facilitators, to help open the lines of communication with the public.

To contact an Advisory Board Member, find the member closest to your geographical area below. 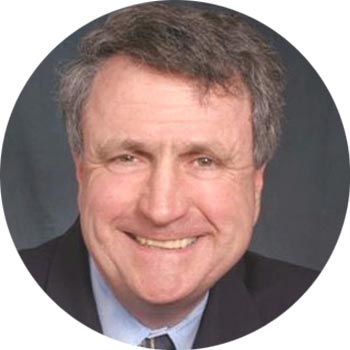 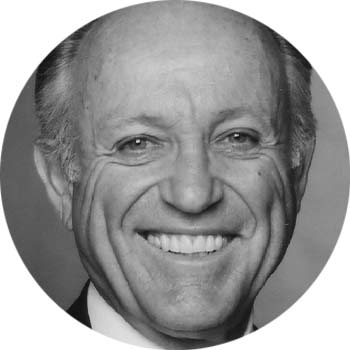 Charles Bowles was appointed to the Board by Governor Janice Brewer in August 2009, and re-appointed by Governor Douglas A. Ducey in 2015 and 2021.

He has been the recipient of many awards including the following: NHBA National MAIM Award Winner- 1995; SAHBA Winner of 1996 Sales Manager of The Year; 4 separate Grammy Awards for Sales and Marketing Excellence; Chairman of Sales and Marketing Committee Multiple Years; Chairman of Multi-Housing Council for Southern Arizona; Member of the Year 2008 and Tucson Father’s Day Council–Father of the Year 2008; Chairman of the Southern Arizona Homebuilders Association Board in 2011, and Board Member of the Perimeter Bicycling of America which puts on the annual El Tour de Tucson cycling event celebrating 38 years.

He has extensive volunteer experience, including his current service on the Tu Nidito Board of Directors, where he formerly served as President.

Matias Rosales was appointed to the Real Estate Advisory Board by Governor Douglas Ducey in June of 2022. 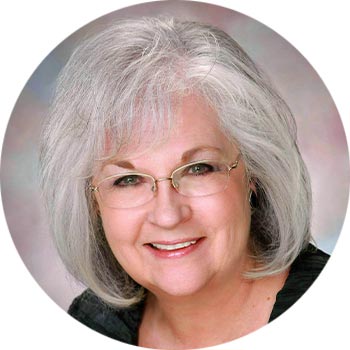 Carla Bowen was appointed to the Board by Governor Janice Brewer in January 2010.

Ms. Bowen has been actively licensed as a full time Realtor since 1980 and is Designated Broker / Owner of Realty Executives White Mountains with offices in Pinetop and Show Low.

She has served as President of White Mountain Association of Realtors twice, was Realtor of the Year 2001, and currently serves as Region 3 Vice President for AAR and on the Executive Committee for AAR.  She also serves as Vice Chair of the Navajo County Board of Adjustments.

She is honored to serve on the Advisory Board and appreciates the appointment. 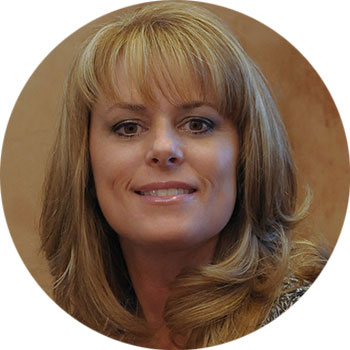 Kimberly Clifton was appointed to the Real Estate Advisory Board by Governor Janice Brewer in September of 2011.

Ms. Clifton is the owner and designated broker of Tierra Antigua Realty.

After proving her mettle as a top producing sales agent, she and her husband Matt established their own brokerage in 2001.  Together, they have orchestrated a rise to excellence that has seen their brokerage currently employ over 800 agents, capture the second largest market share in Southern Arizona, and open three Tucson offices and one Sierra Vista office.

Her tremendous leadership talents were recognized by the Arizona Daily Star in 2005 when she was listed as one of Arizona’s “Top 40 Under 40”.  In 2010, she was named one of the Top 10 Female Executives in Southern Arizona.  With Kim at the helm as designated broker, her company has achieved acclaim as a top 60 regional employer, a consistent community service award winner, and as one of the “Best of the Northwest” companies, chosen by the People’s Choice Awards of The Explorer News.

Kim’s passion for service to her fellow professionals is evident.  She has been elected to serve on the 2012 Tucson Association of REALTORS® Board of Directors.  She is a two-term past-president of TAR/MLS and has also served the Multiple Listing Service as vice president, immediate past-treasurer, and board member.  Furthermore, she has provided service as a TAR Risk Committee member and by serving her colleagues on the AAR Board of Directors.

Kim’s magnetic personality, razor sharp business acumen, and proven success across the real estate industry all contribute to her qualifications.  Her leadership style is to personally engage those she serves with an attitude of warmth, caring, and a willingness to listen.

Nedra M. Halley, CPM is the Associate Broker for Dunlap & Magee Property Management, Inc., specializing in the management of market rate and affordable housing apartment properties. She has been with the company since its inception in 1976 when Charlie Dunlap and Gary Magee formed the apartment development company. In 1985, she became a partner with them in a fee management company, and sole owner in 1990. The Broker for the Company since 1985, she became Associate Broker in 2017 when retiring from the day-do-day business operations.
She is:

In addition to her responsibilities at Dunlap & Magee, she serves on the Maricopa County Board of Health, and the Government Affairs Committee for the Arizona Multihousing Association. 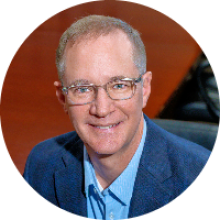 Rogers brings over 25 years of experience strategically building teams and leading organizations to successfully achieve their goals and objectives. Randy joined as the new CEO of Tucson Association of REALTORS®, Multiple Listing Service of Southern Arizona and Tucson REALTORS® Charitable Foundation on June 26, 2017.

Prior to joining the team, Rogers served as the Associate Vice President for Development at DePauw University, a top-tier private liberal arts college. He organized an efficient and effective structure for development that enabled DePauw to launch and achieve substantial progress towards its $300 million campaign. Prior to DePauw, Rogers spent several years building teams across all aspects of fundraising, from annual giving to endowment and capital project campaigns, with Indiana University and the Indiana University Foundation.

As the CEO, Rogers works with dedicated leaders from three Boards of Directors --Tucson Association of REALTORS®, Multiple Listing Service of Southern Arizona and Tucson REALTORS® Charitable Foundation -- as well as community partners, and more than 6,500 members. 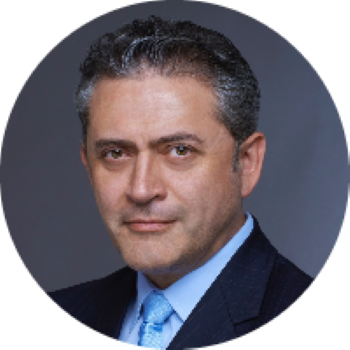 Luis is the President of Ramírez Advisors Inter-National, LLC.  Ramirez Advisors is a highly specialized firm dedicated to creating and implementing innovative solutions for cross-border business opportunities and improving the ability for goods and people to cross the border.

Luis has over 30 years of experience on US-Mexico border infrastructure projects, North American relations, international business and negotiations, regional economic development, industrial site selection, government procurement, project management and governmental affairs.  Luis has dedicated a considerable amount of time, both personal and professional, to fostering better relations with Mexico and Canada, improving the quality of life for the residents of the border and promoting the economic development of the region.

He has led multidisciplinary teams on a number of cross-border projects, including site selection for major manufacturing facilities; design, funding and construction of new ports of entry; assisted companies in pursuing government procurement contracts; and identifying joint venture partners for a variety of business ventures.

He serves on multiple professional and charitable boards and was recently re-appointed to the National Advisory Council for the Administrator of the Environmental Protection Agency as it pertains to the North American Commission for Environmental Cooperation. 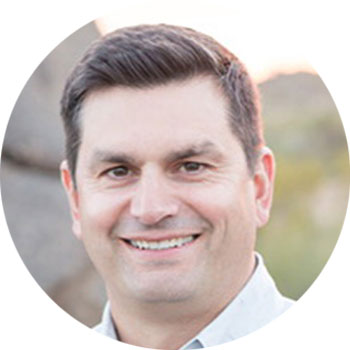 Justin Rollins began his real estate career in 2006. He runs a successful Real Estate team serving buyers and sellers. Justin is also the founder of Hartford House Design. Here he is involved in buying, renovating, and selling homes across the valley. He was honored by the Phoenix Business Journal as one of the top 50 Real Estate Professionals. He has also been recognized as a WestUSA Kierland Office Top Producer on multiple occasions, as well as the WestUSA Top 1%.

In 2013, Justin began working with several hedge funds throughout the US. He led Real Estate teams in TX, AZ, CO, & NC to become one of the largest aggregators of assets in the country. Together, they purchased more than 55,000 homes.

Justin is also a noted philanthropist. He sits on the board of Helping Hands for Freedom, a charity which was founded by two-time purple heart recipient Patrick Shannon. He is also involved with Malik's Gifts, founded by Jacksonville Jaguars Malik Jackson. In 2017, Governor Douglas Ducey appointed Justin to the Real Estate Advisory Board. 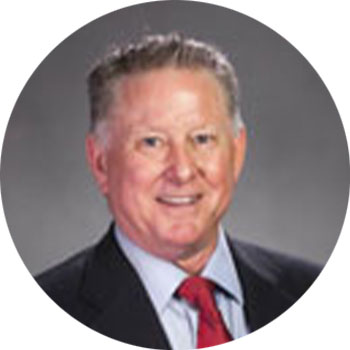 D. Christopher Ward was appointed by Governor Douglas A. Ducey in February 2017.

Mr. Ward is currently Area General Counsel for PulteGroup, Inc., a national homebuilder with operations in 25 states. In addition to being responsible for the Home Purchase Agreement used nationwide, Chris has primary responsibility for operations in Arizona and New Mexico.

Mr. Ward is a graduate of Arizona State University with both a B.S. in accounting and a law degree. Chris started his career as a tax attorney with Coopers & Lybrand eventually working in the firm’s national tax practice and on the National Real Estate Committee.

Review our frequently asked questions about the about process and more. 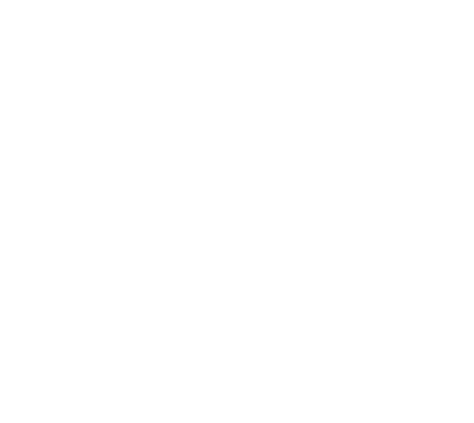